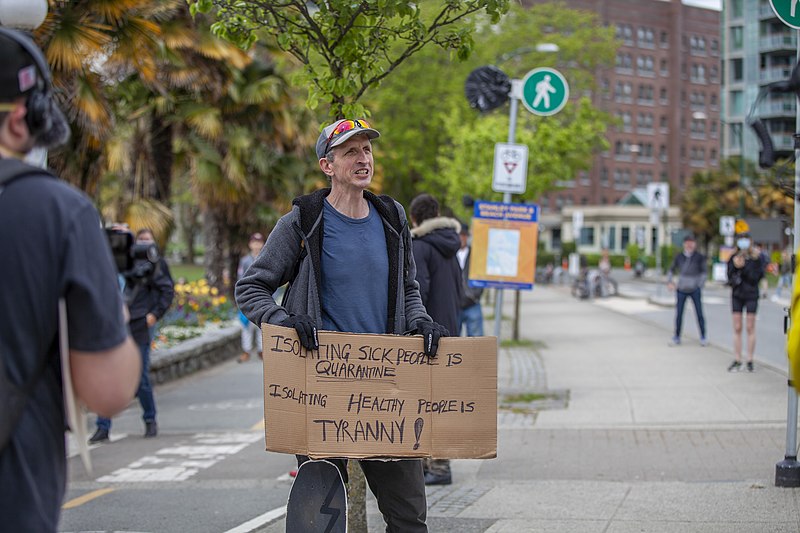 ‘Post-truth’ has become a buzzword in the recent years but it has also created ambiguity pertaining to the term ‘post’. The association of ‘post’ with something after truth, having a negative connotation, and relating to misinformation has resulted in a partial understanding of the terminology. So, what is post-truth then? I define post-truth as a phenomenon in politics which refers to the process through which a discourse (political) is created, communicated and accepted. This process comprises two steps. First, the created discourse is reflective of a socially constructed narrative which is aimed at offering a specific version of reality, and emotionality as a style of rhetoric is used as a strategic tool used to construct a palatable narrative to persuade the audience. There are two traits in the constructed discourse peculiar to the post-truth era: the relevancy of truth, and the style of rhetoric used in discourse, particularly the emphasis placed on emotionality. Whereas the relevancy of truth is associated with what being true means, emotionality is the trait used to persuade the audience into accepting the constructed narrative. Second, the pattern of discourse dissemination and the reception of narrative in a post-truth era refers to the synthesis of trust, the emergence of new platforms such as social media and the privatisation of decision making along with the effects of socialization which has impacted the decision-making process and patterns of information consumption.

Amid the Covid-19 pandemic, anti-mask/lockdown protests have emerged across the globe, most prominently in the US, and UK. Despite the information and reasonings that health experts have communicated about the necessity for face coverings to reduce spread of the virus, there are multiple groups that have emerged protesting against the regulations. The act of wearing a mask to prevent spread of the coronavirus remains intensely politicized. These ‘anti-maskers’ have elicited support from prominent figures on the political right. Aside from conspiracy theories and misinformation, there is an emphasis on the infringement of individual liberty associated with adorning masks. Wearing a mask has been labelled as a  mark of submission and subservience accepting the state’s infringement upon the individual liberty.

What is a post-truth narrative? First, a post-truth narrative constitutes a fantasy aimed at eliminating a lack inherently present in the audience. What is a fantasy and what does lack mean?  The fantasy projected in a narrative is reflective of a specific worldview, offering redemption from the status quo, a path towards betterment. A post-truth narrative offers closure to an individual’s identity by filling, a perceived lack that an individual possesses. The individual is able to bring meaning to the world through a specific narrative which is an alternate form of evidence an individual can use to process information and accept it as being truthful. Why does the lack exist? The lack refers to an individual’s aspirations – things individuals want to achieve in their lifetimes, to fulfil an ambition or a desire. For a narrative to resonate with the audience it has to offer two things: one, an identification with what the audience is aspiring to achieve in their lives; and two, provide the offer of fulfilling that aspiration. A fantasy serves as a way of providing meaning and resolving the lackone associates with their own identity.

Second, a post-truth narrative is elite driven. The discourse has a political undertone meant to influence one’s opinion and attitude about societal issues or having a political agenda. The various narratives emerging in the political sphere are constructed by elites – government and lead opposition figures for example. In other instances, elite can refer to wider societal figures like prominent business figures or activists – in order to influence public opinion in favour of their narrative. The sustenance of the discourse is dependent on the reception by the audience and their willingness to believe in it and accept it as being truthful, therefore influencing their public opinion on a certain socio-political issue.

Third and closely linked to the first two aspects is the manipulation which takes place through the usage of emotionality as a strategic tool, evoking a sense of belonging and inducing affect. The purpose of the discourse is to create an identity, which not only resonates with the audience and speaks to their lacks. The fantasy is aimed at offering a fulfilment of an outcome or a desire to which the audience can aspire to and fulfil the void. The acceptance of a narrative is also dependent on the threat of an opposing narrative which threatens to steal or block the potential of fulfilment that the post-truth narrative would provide.

The campaign “Keep Britain Free” is a good example to explain how post-truth narratives operate. People participating in these protests demand their freedoms and liberties which they feel have been snatched away from them, with the government imposing lockdowns and implementing a mask policy. Take the following slogan as an example; “We stand for Freedom: of speech, choice and thought. We champion life, liberty, and the pursuit of happiness.” The lack that the fantasy of keeping Britain free aims to fulfil is the restoration of the civil liberties and freedoms which the mandatory mask policy has infringed upon – the choice of covering the face has been taken away from the individual and is now enforced. With the mask policy, a growing acceptance of state interference is taking root, an act which the anti-mask protesters are rallying against.

What does the fantasy of keeping Britain free entail? British society is enamoured by its colonial history, which is overtly celebrated with statues in its major cities, museums, taught history and covertly celebrated by the supremacy and pride associated with Britain being the colonial empire that has been internalised throughout the generations. This pride is reflective of the colonial discourse which celebrates Britain’s duty of salvaging the colonies from their uncivilised past (white man’s burden). The anti-masks protests and the slogan of “keeping Britain free” resonates with the nostalgia and pride Briton associate with ideals of individual freedom, pertaining to but not limited to the freedom of choice.  It also overlaps and can be considered as a continuation of the ideals of the Brexit slogan “take back control” – the appeal of the elite based upon the ideal of British identity and what has been snatched away from them. For the Leave campaign, the narrative proved to be a successful fantasmatic ideal which resonated with the public – aiming to fulfil the void that the stagnation and the dampening that being part of the European Union had brought for the public. The message of Britain losing out and the years of degeneration as part of the EU resonated effectively with the public who voted to Leave in the referendum for a positive future where they could be the ‘sovereign’ power again.

It is in a similar context that we can situate the underlying lack of keeping Britain free emerging – that of aspiring for autonomy and independence. There is evidence for a correlation between people who voted Leave and the people participating in anti-masks protests. According to the Kantar Public Voice Study conducted in collaboration with the LSE, Leave voters are significantly more lockdown sceptic than Remainers. The elite engineering of the anti-masks protests overlap with those who engineered the narrative about Leaving the EU. For example, Nigel Farage led the Brexit campaign in a bid to influence public in voting Leave in the Brexit Referendum.  Extrapolating from the Brexit discourse, the curtailment of the right to choose, in this context covering the face is seen as a sign of the state controlling bodies and patrolling individual behaviour. The implication being the diminishing of individual autonomy, a provision that comes with being a British citizen. The government in its decision to infringe upon the said right is seen as an attack on the individual’s identity. The slogan effectively combined a sense of a positive future along with suggesting a sense of rightful ownership of autonomy. It is this aspect of identity of what being free in Britain means that underlies the anti-mask rhetoric and the protests that have emerged in the present scenario. The fantasy of “Keeping Britain Free” is aimed at fulfilling the lack of freedom and civil liberties – it offers redemption to the infringement of choice which has been taken away by the government and holding the government accountable. It offers fulfilment of being unrestrained and to practice their choice.

It was most recently highlighted in the comment made by Boris Johnson during the Prime Minister’s Questions about “freedom loving Brits”. The emphasis on ideals of freedom provide support to the anti-mask rhetoric. Boris emphasized on the history of the nation which advanced ideals of free speech and democracy – the same ideals which the anti-maskers refer to in their pursuit of defying rules. Can the blame for a spike in COVID be placed on freedom loving Brits when the Prime Minister himself praises those ideals as being the defining aspect of the British public?

The emotional rhetoric used in the narrative supplements the fantasy of keeping Britain free and unrestrained. Some of the phrases used in their message evoke a sense of belonging and induce affect designed to create a communal identity and are compelling enough to be believed as being truthful. Some of the phrases in the message include “they will ruin lives for generations” and “campaigning for the return of our rights and liberties”. The word ‘ruin’ is intended to induce fear of losing the identity built by empire and its position in the world system. The fantasy induces the nostalgia associated with being the great economic power and the ideal of maintaining the exalted status of being a citizen of the country. The enforced lockdown and policing of individual behaviour is impeding the sustenance of the economic progression of the country and is derailing the country from maintaining the exalted status. It is a call for solidarity to protect the future of the generation and to maintain the country’s position in the world system by holding the government accountable for their role in the country’s economic crisis. Similarly, the phrases are used as a mobilising tactic aimed at creating a common identity of individuals who want to experience the glory days of the empire. The narrative of Britain being the harbinger of freedoms and liberties resonates with the public – it aims to fulfil the void that the stagnation and dampening of progress the lockdown of the country has caused. The message of Britons losing out and the degeneration of democratic values, the economic recession, the curtailment of liberties and freedoms that the lockdown has brought upon the country resonates  strongly with the participants of these protests. The fantasy of keeping Britain free therefore refers to the return to ‘normal’ and is a protest against the ‘new reality’ which infringes upon the identity of Britons – it brings to the fore what Britons aspire to be and how they can achieve the goal.

Refugees and the Housing Crisis: When Sanctuary Ceases to be a Safe Place |...

What Does A Print Driver Do And How To Install It?