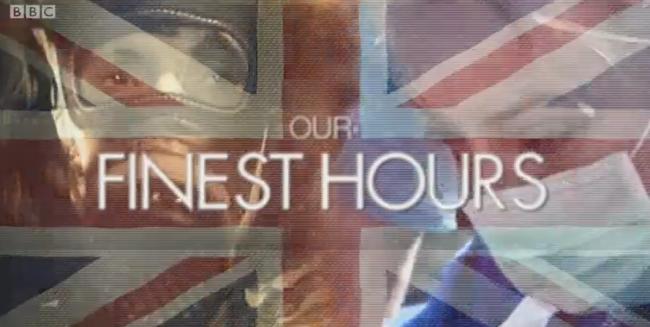 The coronavirus has quite predictably, though understandably, invaded all forms of media which we consume. Every newspaper is dominated by updates on the battle against Covid-19, every news bulletin on TV opening with new warnings, every social media post telling a story of life altered by the lockdowns imposed by governments all over the globe.

The BBC has taken this opportunity to launch a new series called ‘Our Finest Hours’ in which the core aim is to show “how the outbreak of Covid-19 has revived our nation’s war time spirit”. What follows is a relentless torrent of poorly thought out comparisons and metaphors between being bombed by fascists and the spread of a disease, all whilst an imposing and ever-present Union Flag dominates the backdrop of the screen. Even UKIP would find this footage too garish and jingoistic for their tastes.

The government and practically all of the British media have appeared to come to a unanimous agreement that the virus is an invading foreign force and that we must invoke the spirit and hardship of Blitz Britain: to keep our heads up and pull together, backing our government no matter what – essentially, to keep calm and carry on. Political and media discourse becomes much the same as wartime coverage with the focus on how everyone can and must make sacrifices and do their bit for the country.

The role of the media in this landscape is thus pretty simple. Every news station and press outlet has taken it upon themselves to act as a kind of Public Service Provider whose job is neither to support or condemn the government, but simply to relay the information given by the government and public health officials whilst filling in the gaps with personal stories that can lift the spirits of the nation. In the print media, critical columns are crowded out by feel-good stories of communities coming together in difficult times, policy analysis replaced by guides on how to stay fit and active during lockdown. Stories such as that of Captain Tom Moore, an ex-British Army officer who walked laps of his garden at the age of 99 to raise money for charity, have become the archetypal ‘news’ story that currently dominates the front pages. That this extraordinarily viral and ever-present story should concern an actual ex-soldier ‘doing their bit’ in the ‘war’ against the virus is perhaps responsible for its media fascination.

Of course, the UK media has been at war for some time now. For the past four years another crisis has awakened and reactivated the media’s insatiable desire to compare every significant event to “The War”. This is normally reserved for England’s sporting failures on the back pages but has since migrated to the front pages as Brexit came to dominate the national consciousness. The Brexit debates revived nationalistic sentiments and a longing for past days of glory and the moral certitude of a war against the forces of fascism. That the Brexit story then came to be largely told through war rhetoric and sentimentality should surprise no one.

But the explosion of the global pandemic has now added a second chapter to this story, wherein those same characters, the heroes and villains of the Brexit underdog tale, have their arcs extended into a new plotline. Our protagonist Boris Johnson, now in the role of PM following his victory in the Battle for Brexit, is an untouchable Churchillian hero who fought the virus in single-combat and emerged victorious. He might make mistakes, but who are we to criticise or scorn this victim, this survivor, this new father, during such a crisis? The villains remain much the same also – the scientists and experts who on the one hand are criticised for criticising the government and suggesting how we might actually beat the virus, are on the other hand the sources of blame and contempt for leading the government astray and are truly at fault for any mishandling of the virus.

The sycophantic way the UK media has presented both Boris and the Tories to the British public is neither new nor is it unique. Churchill was treated much the same as a wartime minister. The difference being however that when the war was over, the public knew the time had come for questions, criticism and rebuilding. Victory in Europe was only 2 months old when Churchill was kicked out of power so that Clement Attlee’s Labour could be installed. They would go on to transform the nation through massive state investment and the invention of the Welfare State – including, most relevantly, the creation of the National Health Service.

Even if a vaccine is created, it is unlikely that the same victorious cut-off point can ever be demarcated with respect to the pandemic – no signal that we can come out of the trenches and start to ask each other what on earth the generals were thinking. But herein lies the trap. The Tories and the media have learned their lessons and will do everything possible to maintain the war-framing that shields their actions and prevents any real accountability from taking place. Worse still, the coincidence of the discourse surrounding Brexit with the coming of the virus means that the UK, for much of the last decade, has been soaked in a language presented, spoken of and thought of in terms of a glorious patriotic war. This normalisation not only all but guaranteed the way the virus has been framed, along with the receptiveness of this framing by an already primed public, but more alarmingly this discourse is now double-locked into the media and public imagination. This forces us to consider what effect this incredibly high-level saturation of war discourse on a population, already under the supervision of the most right-wing government the UK has seen for decades, may have – especially as we begin to enter into a new economic crisis that will no doubt spark new geo-political crises across the globe.

The Daily Mail provides us with a microcosm of how this thought plays out in the public conversation. Boris Johnson announced that public schools would re-open on 1st of June, but this announcement was met with derision and fierce opposition from both teaching unions and the British Medical Association. The Mail saw fit to run a front page that claims that school staff were “desperate” to help “millions of children” by returning to work but were prevented from doing so by “militant unions”. The Mail thus proclaims that we must “Let our teachers be heroes”. Here the classic war trope of calling for young soldiers to be allowed to fight and die for their country is not simply reverberated, but is used to attack and shame those who disagree with the Government in a time of crisis – those “militants” and extremists who will not sacrifice themselves for the supposed greater good.

These types of attacks will inevitably become fiercer and more numerous as people begin to question the government’s response. This disgusting, though popular, type of media coverage shows us that the articulation and naturalisation of war rhetoric into the public sphere makes conscripts of us all. As such, any dereliction of duty in the eyes of the media circus is attacked and outcasted as being against people and nation at a time when those voices are precisely what is required to keep an incompetent ruling party in check. There shall never be a clear and defined ‘end’ to the pandemic and its effects as there was when Victory in Europe was declared, and this fact renders obsolete calls to wait for a more ‘appropriate’ time before challenges and criticisms can be heard.

The government and the media are acutely aware of this. Without the fantasy that war rhetoric provides this position would be rendered untenable, which is why we must reject the use of this language. The rolling crises of austerity, Brexit, international disputes and now the coronavirus have together made war the lexicon of the day – the same vocabulary that shields this continuous, ruinous state of affairs. The virus gives us a chance to break this cycle and start discussing these issues without the confines and restrictions that a war discourse envelops us with.

Medical staff are not heroes, they are ordinary people being asked to risk death, every day, by doing a job which the government has made far riskier than it need be through a decade of privatisation and austerity and a denial of key resources, adequate testing and protective equipment. The NHS is not the same as ‘the trenches’ and essential workers are not the ‘frontline troops’ – and old Captain Tom should not be responsible for the funding and well-being of either because we as a public enjoy the romanticised fantasy of a retired officer engaging in one last battle. This is not a war between nation and invader – it is a series of (horrific) political choices that have turned a global tragedy into a national farce. We should talk about it as such.

Ryan Flitcroft is a PhD Candidate at the Centre for Ideology and Discourse Analysis, Department of Government, University of Essex.

This article is translated from Greek, first published by the ENA Institute here.

Left Populism from the Hungarian Perspective

Judith Butler and the Ethics & Politics of Non-Violence | Hasret Çetinkaya