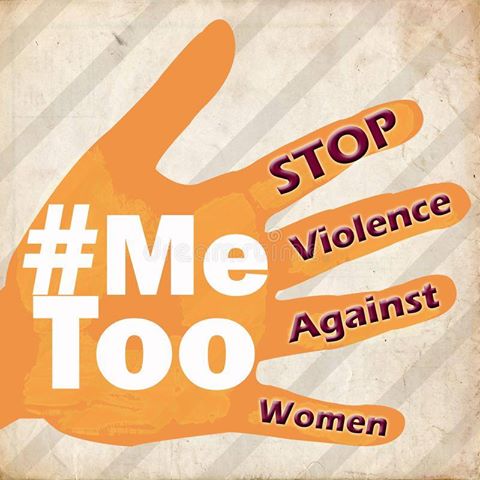 We Rise, We Chant and We March, and still We are not Heard

Ana Kriegel, Jastine Valdez, Joanne Ball, Natalia Karaczyn. These are the names of women and girls murdered in Ireland in 2018. It is difficult to write this piece and do justice to their memories. It feels insufficient to say my thoughts are with their loved ones who have been forced to live with such profound trauma the rest of their lives. As I discuss the importance of naming the deeper societal problem underpinning their deaths, these individuals are very much to the fore of my mind.

When a murder occurs, it is natural to seek clarity on the motivation(s) of the perpetrator(s). Do they have a psychological condition/disorder? Do they come from a ‘dysfunctional’ home? What other factors may have played a role? These are the types of questions journalists tend to ask, as evidenced by the plethora of articles in mainstream media examining Ana Kriegel’s murder [1]. Throughout this media coverage, a number of important issues have been explored, bullying, pornography and sexual violence among them. However, the consensus reached was that Ana’s murder is inexplicable [2].

Having considered the well-worn issues, it would seem there was a missing piece to the puzzle, yet the most obvious factor continued to be overlooked. In time, some of the central issues began to surface, as misogyny, objectification and dehumanisation of women [3] entered the discourse until, finally, Professor Orla Muldoon (University of Limerick) named the reason ‘hiding in plain sight’ [4]. The exact motivation(s) of individuals who choose to commit the types of crime in question may never be known, yet we must acknowledge the societal issue underpinning them: Violence against Women and Girls, including transgender and non-binary individuals (VAWG)

In disentangling the complex threads woven by many mainstream writers, Muldoon highlights the insidiousness of characterising men who perpetrate violence against women as psychopathic aberrations. That these perpetrators are numerous, ‘ordinary men’, is naturally much more difficult to accept. Muldoon’s analysis foregrounds our fear of accepting the pervasive and widespread nature of VAWG in Ireland, a phenomenon common to many countries worldwide. In this piece, I argue that this fear goes deeper still, right to the core fabric of our society. First, let’s look at the role of sexual scripts [5].

Much pornography depicts horrifying images of the abuse and denigration of women as entertainment, leading some experts [6] to posit that pornography is a driver of sexual violence. This type of pornography is abhorrent, and no doubt influences the attitudes and behaviours of men (and boys) towards women (and girls). However, such pornography is the extreme realisation of the commonly accepted sexual script that dictates active and passive gender roles. As such, the deeper problem is that the subjugation of women is normalised not only in pornography, but in our everyday sexual relations and wider society. This type of pornography exists because we live in a patriarchal world that deems women ‘less than’.

At the heart of VAWG is gender inequality, which stems from traditional gender norms that characterise men as dominant and women as subordinate. Gender inequality manifests in many ways, such as women’s underrepresentation in politics and in leadership positions in the workplace. While Ireland has witnessed important improvements in women’s rights, most recently the decriminalisation of abortion, much work remains. Women’s bodies may no longer be controlled by the state and church nexus that denied them autonomy, yet they continue to be the site of violence. 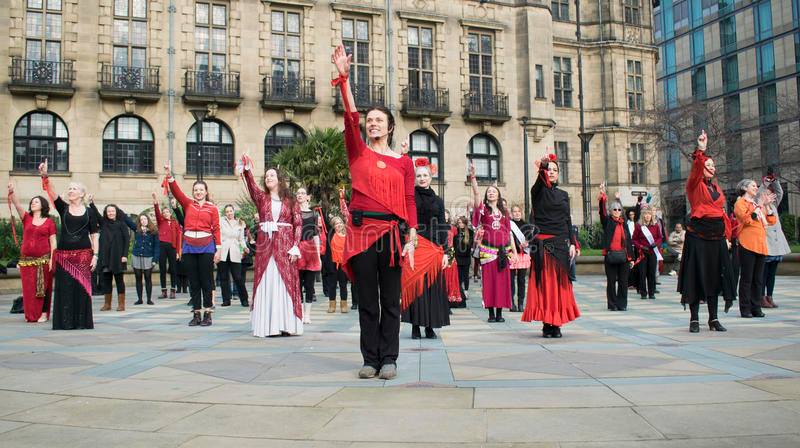 An average of ten women per year have died violently at the hands of men in Ireland between 1996 and 2008, prompting the call for a governmental review of femicide [7]. In addition, 26% of women have reported experiencing physical and/or sexual violence since the age of 15 [8]. Indeed, with six women killed every hour worldwide by someone they know, the UN Secretary-General, António Guterres, has described VAWG as a global pandemic [9]. Men and boys are, of course, also subjected to gender-based violence, albeit to a lesser extent.

The vast majority of survivors are women and girls because hegemonic masculinity [10], which encapsulates the culturally idealized norms of manhood, legitimises men’s dominant position in society The MeToo movement [11], along with the Cork [12] and Belfast [13] rape trials, have placed a much-needed focus on the importance of addressing misogyny, male entitlement and the objectification of women that stem from these norms. They have also highlighted the fundamental role of teaching boys about respect and consent. Consent workshops, such as Smart Consent [14] and the Manuela [15] sexual violence prevention programme represent a significant start. However, more must be done, and each of us has a role to play.

Every year, thousands of events are organised worldwide for the upcoming 16 Days of Activism against Gender-based Violence [16]. ‘We’ also rise on a global scale for the One Billion Rising Revolution [17]. However, ‘we’ cannot mean women and girls alone. Most men and boys do not adhere to hegemonic norms of masculinity, yet they must step up as our allies because VAWG is everyone’s issue. The White Ribbon [18] and Man Up [19] campaigns provide important opportunities to get involved.

When women and girls experience violence, it must be named. A greater awareness and understanding of VAWG at all levels of society is thus required. The government must ensure adequate funding for prevention measures, as well as domestic and sexual violence support services. In addition, all relevant stakeholders such as An Garda Síochana (Irish police force) require comprehensive training to guarantee a systems-wide effective response, including sentencing that is commensurate with the crime.

Violence is always a choice. However, it is essential that we also work to eradicate the hegemonic norms of masculinity that underpin violence, render women and girls vulnerable by normalising their objectification, and dehumanise men and boys. Sexist comments, ‘jokes’ and behaviour must be named and challenged. Such ‘jokes’ may seem innocuous, yet they feed into a culture that facilitates and even implicitly condones VAWG. Though difficult, it is also important for parents to have honest, age-appropriate conversations about respect and consent with their children from a young age.

Ana, Jastine, Joanne and Natalia were murdered because they were women/girls [20]. This, we must never forget. To make Ireland a safer place for women and girls, we have much work to do, but this work is doable once we fully acknowledge the issues. The unfolding of the mainstream media discourse surrounding Ana’s murder highlights, once again, the silencing of survivors of VAWG (even if unintentionally). Unravelling the layers of meaning by naming this issue means acknowledging not only the pervasiveness of VAWG in Ireland, but also the gender inequality that underpins this violence. It means accepting that the norms associated with a fundamental aspect of our social identities, namely gender, are toxic.

VAWG is, at its core, an abuse of power and control, which has wider societal implications [21]. Though patriarchy is not universal and involves significant intersections with factors such as class and ethnicity, and though realisation of women’s rights has evolved over time, this feminist analysis remains pertinent. In a recent New Pretender piece, Alev Özkazanç deftly traces the link between Turkey’s new gender regime and gender-based violence[1] [22]. Moreover, gender norms are also damaging for men and boys, denying them freedom to express their emotions and placing pressure on them to be ‘tough’ and domineering. As such, their eradication benefits us all. True gender equality and a world free from gender-based violence can only be achieved once we face the issues and are freed from these restrictive norms.

[1] Indeed, Özkazanç discusses how, in contemporary Turkey, gender violence is a symptom of a crisis in the hegemonic functioning of patriarchy.

Caroline Forde is a postdoctoral researcher with the Centre for Global Women’s Studies, School of Political Science and Sociology, NUI Galway, Ireland. 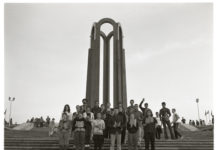 Towards the 12th May | Catherine Morris & Jesse Jones 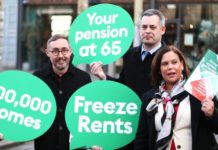 The Republican Future for the Irish Left? Socialist Strategy and the Struggle for Hegemony | Liam Farrell & Gary Hussey

Never learning its mistake: is Hollywood on replay?

Against the War: the People’s peace