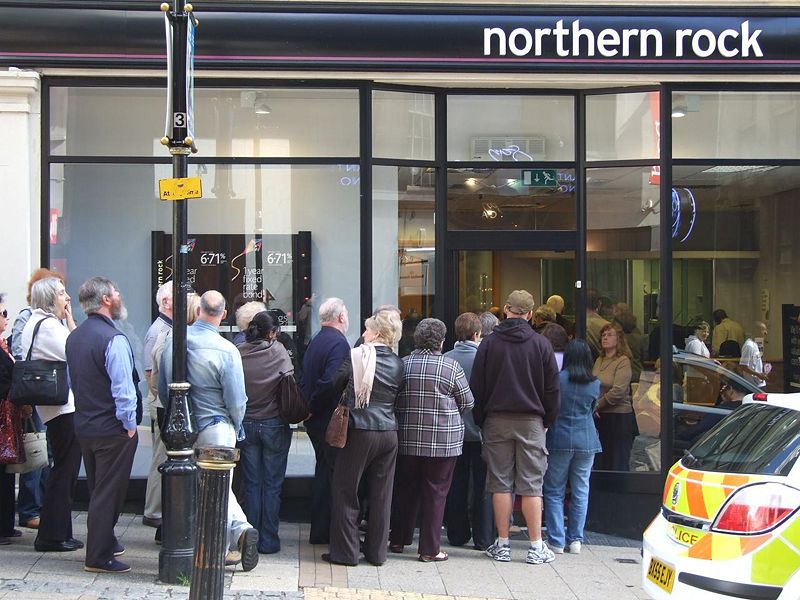 This weekend The New Pretender brings you a republication of this short article, on the contemporary economic crises and the political challenges and opportunities they create, from our partners Brave New Europe. In this article Jacqueline Best argues that “Economic crises present opportunities to build a more equitable, effective society, but too often these opportunities are lost.”

There’s a popular adage that we should never let a good crisis go to waste. Yet, arguably, that’s what we’ve been doing for decades now. We’ve avoided facing the genuine political challenges that economic crises present us and lost these opportunities to build a more equitable, effective society.

Although we seem to have dodged the bullet of another economic meltdown, recent gyrations in the stock market remind us that economic crises always come back. We have not been so lucky politically, and are now in the throes of a major democratic crisis, with the rise of right-wing, xenophobic, broadly anti-democratic forces in the United States, Europe, and beyond.

These may seem like very different crises, but they are connected. The last few global economic crises all have something in common. Although they were politically dislocating — producing major winners and losers — most governments responded by pretending that they had technical-economic fixes. Our governments contributed to the wider technocratic trend of narrowing political debate by pushing many of the most pressing questions — like inequality, which many of these policies ended up increasing — off the table.

As political critics and philosophers like Michael Sandel have argued, this distancing of major economic decisions from democratic debate — and the resultant narrowing of the political debate — have played crucial roles in the current democratic crisis.

I have spent much of my career trying to make sense of economic crises and the politics of our responses to them. (I suppose this makes me something of an academic ambulance chaser!) While I began optimistically about how we could learn from our mistakes and make constructive changes, over time I have seen a depressingly familiar pattern emerge.

I went back to grad school because of the 1994 Canadian debt crisis. I was a parliamentary intern at the time, working on the Hill, trying to make sense of why Chrétien’s Liberal government was pursuing an austerity agenda that threatened so much of the social infrastructure that the (first) Trudeau Liberals had put into place. Back then, Canada was a bit like Greece (but on a smaller scale, happily).

After the Mexican peso crisis, the bond markets were skittish, and the level of federal and provincial debt began to look worrying. To regain bond market confidence, we were told, the government must slash its debt through austerity measures. We had no alternative. This was simply a matter of necessity, not up for political debate.

Of course, these decisions did have profound political consequences. As a recent TD report shows, 1990s federal cuts to transfer payments — money that the provinces used to support health, education, and welfare — sharply increased the level of inequality in Canada. But we were told that economic decisions were not political choices.

The Canadian government was not alone in adopting this response to a crisis brought about by global economic pressures. This same mantra of economic necessity trumping political debate was also at the heart of Bill Clinton’s and Tony Blair’s political strategies throughout the 1990s.

The 2008 global financial crisis should have laid to rest any delusions about the unquestionable superiority of Western hyper-globalization, as Dani Rodrik labels it. This, many of my colleagues and I hoped, would finally be the crisis that would lead to some more fundamental rethinking of the current global economic order.

Briefly, it looked like more transformative changes would be adopted. There were discussions about a global “Tobin Tax” on international capital flows. There was talk of imposing much more realistic capital requirements on banks to make them less reliant on taxpayer-funded bailouts. It even became possible to talk about inequality — a problem that had been sidelined before, even at the World Bank, where discussing absolute poverty was far more politically palatable. And of course, there was the Occupy movement and wider social pressure to acknowledge and challenge growing inequality.

In the end, though, as Eric Helleiner has put it so convincingly, this was a “status quo crisis.” The big questions were pushed off the agenda, and very little actually changed. Economic necessity trumped political possibility once again.

Ironically, President Obama’s chief of staff, Rahm Emmanuel used the phrase “you should never let a good crisis go to waste” to describe the 2008 global financial crisis. And then that administration ultimately went right ahead and let it go to waste. Western liberal democratic governments not only failed to seize the moment to try to fix what was going wrong with economic policies, but they also missed their chance to narrate the crisis as one that could be resolved through genuinely open, democratic political and economic reforms.

Anti-democratic forces of the right and the far-right have jumped into that void and filled it with their own dark stories that paint globalization in racist and anti-Semitic terms and treat democracy as being broken beyond repair.

If we are to challenge these hateful narratives, then our political and economic leaders must let go of the narrowly technical language of efficiency and necessity. Instead, they must start talking about the politics of economics. They must acknowledge that there are always winners and losers. They must see economic efficiency as a means to end human flourishing rather than as an end in itself. And they must reinforce, promote, and protect our key democratic values.

If we do so, next time we’re hit by a crisis (and we will be), rather than letting it go to waste, we may just be able to use it to tackle these problems in a genuinely democratic forum.

This article is reproduced here from our partners at Brave New Europe. Jacqueline Best is a SPERI Honorary Research Fellow & Professor of Political Studies, at the University of Ottawa.

Judith Butler and the Ethics & Politics of Non-Violence | Hasret Çetinkaya